This early period was not the easiest in Kincey’s life. She grew up in the western and southern middle class suburbs of Richmond. She was the only daughter of a loving couple who became increasingly dysfunctional as a result of alcoholism. There weren’t strong support systems, except for the occasional intervention of her maternal grandmother, who was the widow of Kincey’s namesake, Mr. Kincey Green of Charlotte Courthouse, VA. Once the patron of a substantial landholding and fortune, he lost it in the Depression and shortly thereafter died, leaving his young second wife with three daughters, virtually no inheritance, and a white-glove upbringing that provided no skills to make her way in the Depression-buffeted society of southwest Virginia.

Grandmother Green moved to Richmond, and by a combination of grit, hard work, and charm, she carved out a life for the three daughters, including the youngest, Mary Kincey Green. With her mother as inspiration and prod, Mary Kincey Green got a decent education, with office skills training, which she put to work soon after graduating. She liked working in an office.

In 1937, Mary Kincey Green, met the Richmond area serviceman who performed the monthly maintenance on the office’s Pitney Bowes postage meters. His name was Frank Burdett, and he was a handsome and voluble young man with a soft southern accent and a lot of charm. There was a spark in their relationship and they were married that year.

Frank had a story of his own, including the fact that his father, Harry H. Burdett, was the youngest son of a prominent New England family (Burdett Publishing and Burdett College in Boston). After he was thrown out of the Burdett home in Boston, Harry went to Great Britain and became a fencing champion (myth has it he was a British Olympic champion) and later coach. He came back to the USA and coached at several private boys’ schools. Frank (Francis Hector) was born  in Milwaukee to Milda Zwitcher, a first-generation German-American who never did learn much English, but she raised Frank virtually alone, with only occasional periods with his father in residence. They moved to Birmingham, Alabama, where Frank started running away at the age of 14, and finally left for good at 17, going on to have many interesting adventures.
The last time Frank Burdett saw his father Harry was during the Depression, in a maritime hiring hall in New Orleans, Louisiana, where Frank got a job on a ship going to New York, and his 70-year-old father went in another direction.

Our Kincey Green Burdett was born on Halloween, 1942. She was called Kay, from early in life, in part because her mother had dropped Mary from her name and took to calling herself Kincey Green Burdett. After she was born her mother was forced to quit the job she liked and had held for five years. She became a traditional stay-at-home housewife, a role that she fought, and that she blamed on her daughter frequently. 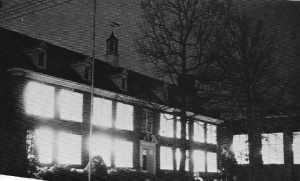 Manchester High School from the yearbook.

In a process that I never understood or knew much about, Kincey employed her talent and focus and strength of personality and prospered in school, especially in Manchester High School after the family moved to Chesterfield County on the south side of the James River, across from Richmond.  She graduated from Manchester High School in 1960. She was class Salutatorian, in a class of about 240, where most of the intellectual power seemed to belong to a clique of young women. Kincey said the number of people who went on directly to a 4-year college was less than a handful, and they were all girls. 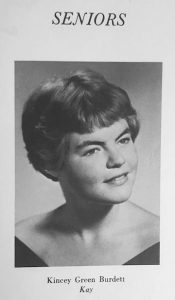 She was president of the Manchester chapter of the National Honor Society, News Editor and Business Manager of Communique, the high school paper, president of the Quill and Scroll honorary, and a member of the Latin and Spanish clubs. Her engagement with the class paper was a seminal experience for Kincey, probably because of her aptitude for language and writing, and initially because of the support of the teacher who “sponsored” the extracurricular paper, “Aunt Minnie,” who wrote a particularly encouraging and affectionate Yearbook note (click to see the note).

Kincey went to the College of William and Mary in nearby Williamsburg, VA, because it had a good reputation and because at the time it was the only co-ed liberal arts state institution of higher learning. She graduated in 1964, with an AB in Government,  She was elected to Phi Beta Kappa her Junior year, and was News Editor of the college newspaper, The Flat Hat. She also danced in Orchesis, the campus modern dance troupe. 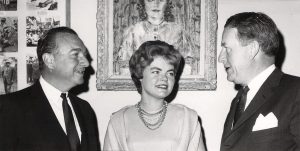 For her work on the paper (1960-1963) she was awarded the Rex Smith journalism scholarship,  which was presented by Walter Cronkite and Ben Wright (then president of CBS news) at a luncheon honoring Kincey at the Overseas Press Club in New York City.

During her senior year, Kay Burdett reclaimed the name Kincey; and she also decided to go directly to graduate school. With advice and encouragement from faculty of the Government Department at W&M, she applied to and was accepted at the Eagleton Institute of Politics of Rutgers University. She also broke off her relationship with a long-term boyfriend who had graduated from college in Tennessee, and she and Bruce talked about, but made no firm decision to get married when he got back from his 2-year Peace Corps service. 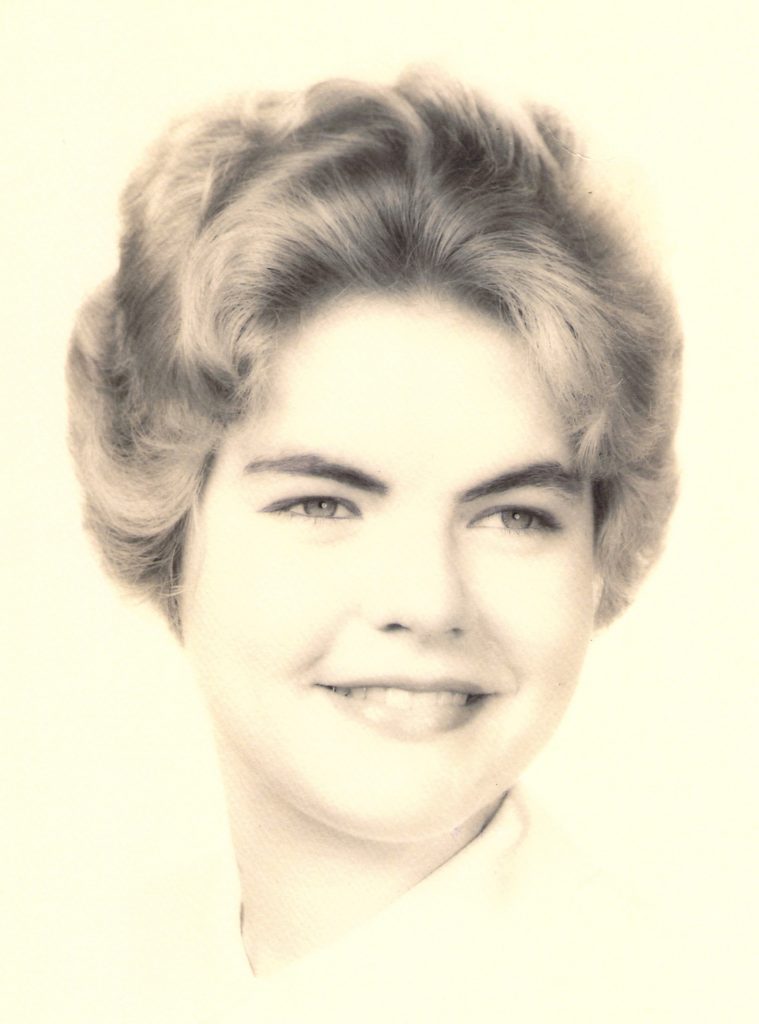 I met Kincey while working at the W&M student newspaper, the Flat Hat. We, and most of the people we knew spent way too much time in the Student Center coffee shop, the Wigwam. My earliest memory of Kay was her wonderful and intriguing smile. Although her face was not broad, she would start a smile from nowhere and like a Cheshire cat, it would get bigger and bigger until the warm, friendly, encouraging smile would fill her face.

I had the opportunity to stay at the Burdett home a few times. Although her father did drink a lot, his prime characteristic was his warmth and welcoming character. I believe he was a good father.

After college I was able to visit Kay and Bruce in various venues — D St NE, Washington, somewhere above Metro construction in SE DC, aboard Frank’s boat in Solomons MD, and in the USVI aboard the Freya Kay said she had learned that when shampooing in seawater before going to work only Prell would make a lather. And that brought on one of her wonderful smiles.